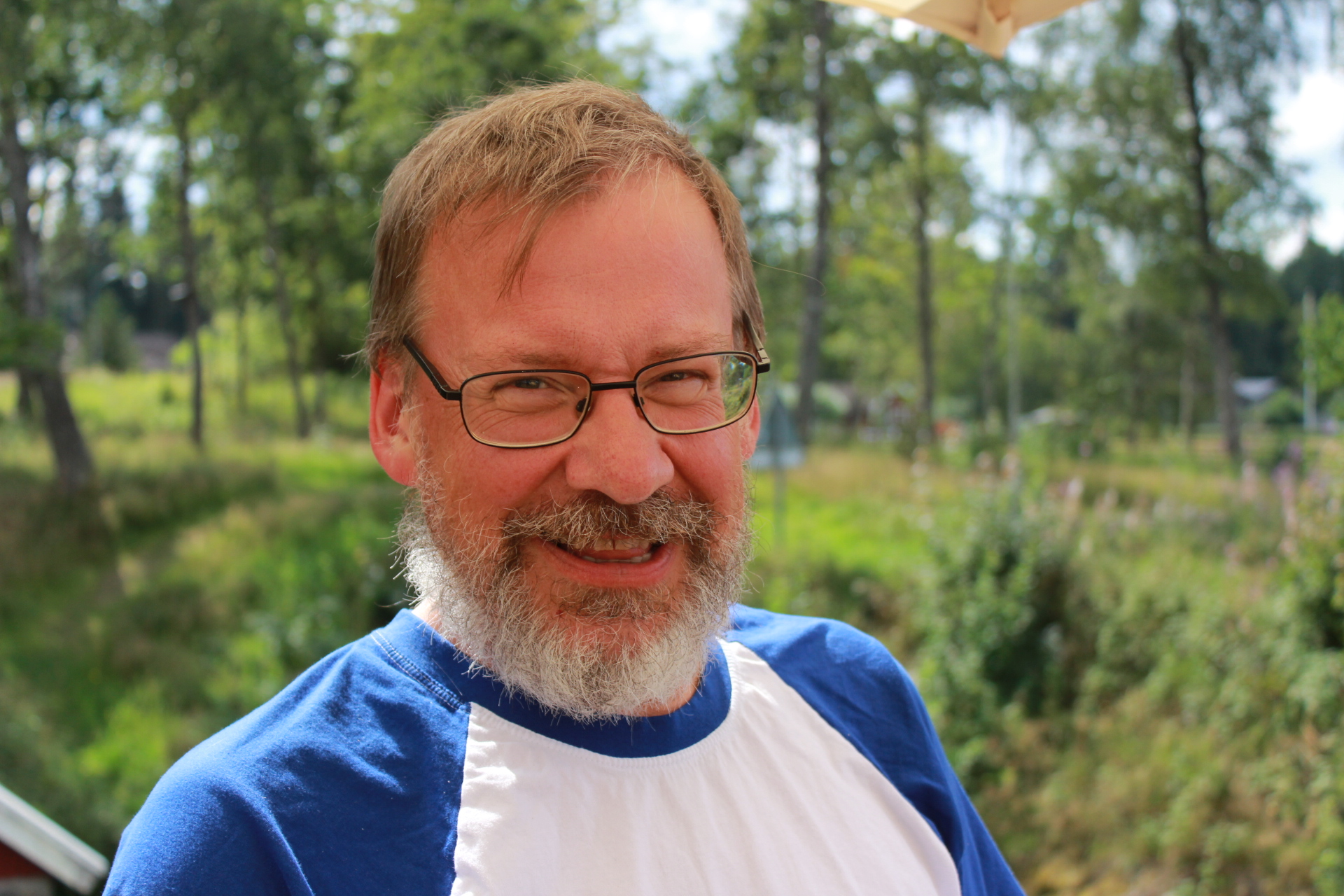 With his extensive experience in the field, Kenneth has a thing or two to say about sustainable water use, resulting in this article about our water consumption, why it’s an issue and the changes needed to be done.

In the most classic work of economics, The Wealth of Nations from 1776, the author Adam Smith draws attention to a value paradox in the economy: almost useless diamonds have a higher exchange value than very useful water. This value paradox lives on in 2021 at the same time as water has increased in usability since the 18th century. We do not know of any life on earth that can survive without water. There are lots of organisms that live in highly desirable well-being in oxygen-free environments far from the atmosphere but always in the presence of water. For our own well-being and to maintain the fluid balance in the body, we need to ingest a stiff two liters of water a day from food or drink. In the household, we in Sweden use an average of 140 liters of water per person per day to keep us clean and healthy and to transport away dirt and infection risks in the drains. The total water consumption that the municipal water and sewage plants (water service activities) provides for the entire connected community amounts to around 300 liters of water per person and day. This includes the water needs for, among others, industry, healthcare, schools and rescue services.
Water is also used in agriculture and forestry, in the manufacturing industry, in mining and mineral extraction, and for service production. We are talking about water footprints or virtual water and can easily calculate how much water is required to produce what we consume (an egg 200 liters, a cup of coffee 120 liters). What we consume most of is food. Production of animal foods consumes more water than vegetable as the animals also need to drink and be fed. Underpants and sofa beds and everything else we consume also require water. Depending on how much animal food we consume, our daily virtual water consumption is from 1600 liters of water (for vegetarians) to 5000 liters of water (for omnivores). Some of the water needs come as precipitation from the sky and are taken up by the plants via the ground. This water is not handled in any technical cycle. But freshwater abstraction in Sweden was 2,400,000,000 cubic meters in 2015, according to Statistics Sweden’s latest environmental statistics. Calculated per Swede, 670 liters of water per day in 2015 were taken from surface water and groundwater to industry, agriculture, households and other activities. This does not include any water that nature itself needs, on land and in lakes, watercourses and groundwater reservoirs, nor does the water used for hydropower.
The water issue floats up from time to time in the public consciousness. It can be pesticide residues in groundwater and how much nitrogen purification is needed in the treatment plants. In the 2000s, the focus ended up on the Environmental Code and the incorporation of the EU environmental regulations into Swedish legal text, not least the water framework directive. In the 2010s, the drinking water supply came to attention again after a half-century-long break. Incompletely disinfected drinking water in Östersund and Skellefteå infected tens of thousands of inhabitants. Hard-to-degrade per- and polyfluorinated pollutants, so-called PFAS, could be detected in many places in Sweden but most of all in Kallinge outside Ronneby where thousands of inhabitants turned out to have been exposed to PFAS for many years. In southern Öland, the water literally ran out in 2016 and Mörbylånga municipality needed to fetch water from the mainland by tanker over the Öland Bridge 24 hours a day during the summer. Climate effects, browner lakes up to the Dalälven River and an unexpectedly long dry period for five months in 2018 diluted the interest in the water issue and it became important for a while.
Globally, the water demand is even greater and almost half of humanity lives in areas with severe water shortages. Therefore, when the global sustainability goals were developed, the UN chose to identify a specific target area for water, sustainability goals six – water and sanitation for all by 2030. But almost all sustainability goals draw attention to the need for water to be managed more wisely in cities, industry, lakes and watercourses, along the coast and in the oceans, in energy production, to secure food for all and to guarantee education and health for all. The sixteen Swedish environmental goals set by the Swedish Parliament (Riksdagen) are evaluated annually. The most recent major evaluation of goal fulfillment was made in 2019, with the heading “Despite great commitment, it is going too slowly” and with the conclusion of 14 out of 16 goals will not be achievable in a generation, contrary to the Riksdag’s decision. Not surprisingly, most of the missed goals are about different interactions between land and water (eg No eutrophication or Living lakes and streams).

Regulation and control of water need to be fundamentally improved if we are to be able to develop sustainable solutions that can be accepted and covered by almost everyone involved. Water issues in Sweden are spread over many hands. Politically, there is no cohesive water ministry. The drinking water issue alone is currently handled across at least five ministries and nine different authorities. Shared responsibility can lead to no body having the overall responsibility for water issues. The government should decide that a ministry is given the task of keeping water policy together.
It is not realistic to collect all water issues in one authority, as they are so widespread today. But the national authorities must be clearly instructed to cooperate in the water issue with other authorities. Revised instructions are probably required. Since 2020, there is a national coordination group for drinking water (DWC) with a center at the National Food Administration. Drinking water is a subset of the water resource. DWC brings together authorities and municipal drinking water stakeholders. The working method with DWC can be developed into a national coordination group for strategic planning of the entire water issue, which shows the way how the water issue can be solved for the next generation as well. In addition, a designated authority needs to be given the responsibility to report ‘Sweden’s water budget’ where current information on Sweden’s total freshwater resources is kept available in as close to real time as possible. At present, no one knows how much water there is in an entire catchment area, let alone in the whole country. This must be changed.

Sweden has 290 municipalities which, according to the Act on Public Water Services, must decide how the municipal water and sewerage operations are to be solved. There are just over fifty different inter-municipal water service organizations (WS) that coordinate operations and sometimes planning, but the tariffs are set by the respective municipal council and the lion’s share of municipal WS activities take place within the individual municipalities. Inter-municipal collaboration within WS leads to significantly more efficient and long-term solutions, but so far all such collaboration takes place on a voluntary basis. It is time to demand inter-municipal collaboration when it comes to water and sewerage issues, perhaps because each water and sewerage business needs to have at least 50,000 affiliates to complete its task? In Adam Smith’s home country of Scotland, all WS plants in Scottish Water were gathered in 2002 with higher service and lower costs for everyone as a result.

The entire catchment area’s water resource needs to be seen as a unit, where all interests are allowed to demand water needs, but also be prepared to reconcile the needs with those of others. Not least, the needs of ecosystems need to be met, which places demands on new ways of formulating water judgments for operators. In several countries, legislation has granted watercourses their own legal status. It started in New Zealand, but has spread to many countries on all continents, and can definitely work in Sweden as well. Most catchment areas have Water Councils, but these have small resources and rather unclear mandates, usually focused on recipient control. They can be much more useful if the right conditions exist.

The view of water consumption also needs to be modernized. The linear water use, where water is taken in and used only once and then released, is based on the water planning of ancient Rome. It’s time to say goodbye to a 2400-year-old water policy. Our own bodies can serve as examples. A person weighing 60 kg contains about 60% water, or 36 kg, but urinates only about 2 liters of urine a day (1/18 of the volume of water) while the rest of the water is reused over the kidneys. Maybe Stockholm could function as a human body in the long run and only generate 1/18 of the water that is treated in the city as sewage? Maybe not directly, but in the long run. The state of Singapore has begun the journey and reuses water daily to increase resilience. Singapore’s water service company PUB received SIWI’s (Stockholm International Water Institute) industrial water award as early as 2007 for “its holistic view of the water resource”. Singapore has adopted clear water policy documents and demands efficient water use, but also charges for the benefits of the water services that the country offers its residents.

Increased population does not have to mean increased water use. Smart water use means that the freshwater resource lasts much longer. A good example is Mörbylånga, which, after investigating what groundwater resources that southern Öland could offer, decided to increase the reuse of treated wastewater. Since 2019, purified process wastewater is mixed with brackish water from Kalmarsund and desalinated, purified and reused in the municipal water supply.

The EU has set strict quality requirements for treated wastewater that can be used for irrigation in agriculture, which have also been adopted in Sweden since 2020. There are great opportunities for increased resource use, both water and nutrients. The space for innovations is large and growing, which is noticeable at Ideon in Lund, for example, where the WIN Water business network brings together around 100 innovative water stakeholders from all over Europe for innovative water management and active matchmaking. Techniques where water is used innovatively, smartly, and cheaper than with traditional methods exist, but must also be implemented in practice. So the water issue cannot and must not be forgotten for any length of time. The problems can be solved and Sweden can show the way if we want. 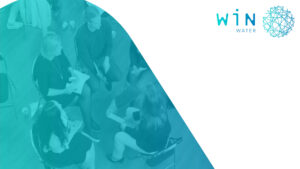